How to Show Your Community Members You Appreciate Them

There are many ways — big or small — to show your community members you see and appreciate them.

“Making even one person feel really special with something personalized can sometimes have a huge effect on making the community an authentic place, even if it doesn't directly impact every member,” says Noele Flowers, Former Director of Community Education at Commsor.

Whether your community has 100 members or 100,000, you can shine the spotlight on your members to show them how they make your community a better place.

Pay attention to the details

Build relationships with your community members so that you know who they are as people beyond their roles and titles at work.

“Nothing beats actually knowing your members. Making time for agenda-less one-on-ones with community members on a recurring basis is a great way to get to know them well enough that you can wish them happy birthday or ask how their pets are doing,” says Noele.

Lisa Barroca, Community Engagement Manager at Cultivate, appreciates this in communities where she’s a member. “Nothing is as meaningful to me as when someone remembers and follows up on something I said,” says Lisa. “A quick note wishing me luck, sharing an event I was involved in, wishing me a happy birthday. It’s those little moments that show people care, that they see you specifically amidst a sea of other people.”

Lisa shares a tip for how even Community Managers in a large, active community can do this with a little help from technology. “I’ve taken to adding reminders to my Google Calendar or task management software to help me remember important dates for members,” she says. “This way I can take the pressure off my own memory for specific dates, while still making sure to remember to reach out.”

Take some time to show both new and less-engaged community members how much their being part of the community means to you. “These members may not be the most active, but their opinions and inputs matter,” says Lisa. “Show these folks that you value their opinions and needs by asking for their input, including them in roundtables, surveys, or personally inviting them to events that feel relevant to their interests and needs.

“I can't tell you how many times I'd see a member post for the first time a year into their membership. When we call these folks ‘lurkers’ we really minimize the way they can be impacted and impactful as community members.”

You can start building relationships with these members by reaching out to say hello or set up a coffee chat. “If your community has some sort of introductions channel, you can go through that channel and pick community members at random to reach out to,” says Max Pete, Community Customer Support Lead at SuperHI. “You can also do this at random with community members in general. If you use a tool like CommsorOS, you can set up a feature that automatically notifies you to reach out to a certain member!”

Encourage your members to share their successes with a dedicated #wins channel on your platform. To make it easy for them to post, you could have a weekly prompt or even share your own wins and set an example.

But why stop the celebrations there? “Comment on each post announcing a win and show them you’re paying attention,” says Noele. “Then share these wins with the rest of the community in monthly round-ups, which could be a post in your platform or a Community Highlights section of your newsletter.”

At her former role at SAP SuccessFactors, Jamie Langskov held annual community awards to recognize members’ achievements. “We would print large posters with our community award winners’ names and the awards they won, and display them around our large annual conferences,” says Jamie.

“These awards were especially valuable to our members because they were nominated and voted on by their peers. It was true recognition of industry achievement that ultimately became recognized by their prospective employers as a sign of significant accomplishment in their field.”

Success isn’t the only time to celebrate your members — you can find ways to simply celebrate who they are. “I love promoting work by members and celebrating their expertise or creativity,” says Lisa. “Is there a skill they're pumped about that you could build an event around?

“In my last role, as the pandemic had us at our computers more, we were able to host a mobility workshop series by a member who is an Occupational Therapist. It was amazing to learn from her, and it empowered members (and staff) to take care of themselves in an accessible way.”

Community in the Spotlight: Being Freelance

When it comes to showing community members appreciation, few community initiatives tick all the boxes like Being Freelance’s Non-Employee of the Week Award.

The private Facebook community for freelancers has nearly 3,500 members, and founder Steve Folland launched the Award on Twitter in 2018 (when Being Freelance was still only a podcast, not a formal community) by sending freelancer essentials to the winners — a ceramic mug and biscuits!

“A freelancer had complained about a dodgy awards company who had got in touch offering them an award in return for money,” says Steve. ”I said, ‘That’s it. We’re having our own awards. The Non Employee Of The Week (NEOTW). Join me for a glittering ceremony next Friday at 11 a.m.’ And people did! I made a sparkly envelope with NEOTW on it, ordered a NEOTW mug as a ceramic trophy, and sent the winner some biscuits too.”

Steve moved the Awards from Twitter to Facebook when the community launched in 2019. There might be just one weekly winner, but the whole community can be part of the ceremony and watch the Facebook live video announcement made from what Steve calls the ‘parking lot of dreams’.

Nearly 90 freelancers have won the NEOTW Award since it began, with the prize being shipped from Brazil to Australia. How does Steve choose who receives it? “I keep an eye out for cool freelancers doing cool things. Usually it’s a mix of what they do with their businesses and how they support or show up for other freelancers,” he says.

“For something that seems quite silly, it actually comes from a genuine place. I really think the winner deserves an award. And when we work for ourselves, who is there to notice what we do and celebrate that?” 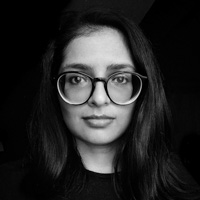