The Community-Led Show #3: Erik Martin on How to Get Your Coworkers Involved in Community

Update: Erik is now Commsor's Head of Community-Led, but was VP of Services at the time of recording this episode.

Can you believe it’s already episode three of The Community-Led Show?

We’re back and this episode is full of more Community-Led tips and tricks, plus a special announcement about some fun things we have in store for the community.

In the firing line of our questions this week is Erik Martin, VP of Services at Commsor and community veteran who has led teams at Nike, Reddit, Depop, Airtime, WeWork, and Teal.

You'll also find the podcast on:

If podcasts aren't really your thing, no matter — we'll be posting a regular TL; DL (too long, didn't listen) summaries right here on our blog to keep you in the loop. If you'd prefer to read the chat, here's the full transcript.

We hope you enjoy the show! If you have any suggestions about topics you'd like to see us cover or guests to interview, we'd love to hear from you. Please reach out via hello@community.club.

Surprise, we wrote a book!

The Community Engagement Playbook will be jam-packed with over 50 engagement initiatives and projects you can try out in your own community.

While at Teal, Erik and his team ran an Internal Engagement Challenge which lasted 10 days. People from teams in different parts of the company were brought in to engage with the community. Each day’s task was shared at 9 a.m. on company Slack, and people replied with proof they’d completed the task — prizes were given to those who participated the most, of course.

“It just has all sorts of both personal and organizational benefits when you can facilitate something like this for your community.”

Their biggest hurdle was getting everyone in their internal team comfortable and confident enough to answer questions from the community.

“I think everyone had good intentions to try to help out where they could and, most people [in the team] want to be active to some extent in the community that the company is building but they don't want to mess anything up,” he says.

“They may not feel comfortable, so getting them over that hurdle, especially if it's something new that they're not doing on a day-to-day basis, makes a big difference.”

“Logistically, it's hard to get other departments to engage with community,” says Erik. “How do you make it fit in with all the other things we all have on our plates every day. Without having to context switch too much?”

One of the tools he likes a lot is random member audits. It is a tool he has used throughout his career in different roles. He also recommends it for people in other departments to get to know customers and community members.

“Before I joined Commsor, they had already put a random member audit into the OS product so that you can generate a random member of the day or week or whatever time period you want,” he says.

“So I think a low friction way to get other departments involved is they can receive an email, once a day, week, or month about a random customer or member. That email would have a little bit of information about them,” he says.

The benefit of this says Erik is that even if the colleague reads that email passively and consumes it, it should help over time. It will build up a sort of three-dimensional view of who the user that the company is solving a problem for actually is.

Erik’s one quick but important tip for community professionals is that they never stop sharing their community stories.

“Internally you can't talk about the members of your community enough,” he says.

“I think those of us that build community, oftentimes, are too humble. We suffer sometimes because we’re often too humble on behalf of the members of our community too.

Erik explains that human beings are wired to remember stories and there are people on internal teams and different parts of your company who will remember and share these stories.

“I think you'll find that their appetite, their reaction to those types of stories about real people having real interactions inside your community is much higher than maybe some of us in community might think,” he says. 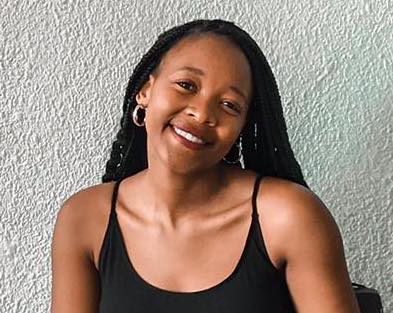