Communities of Practice: Commsor's CEO Shares Why He Started a Product Company with Community First

Mac knew he wanted to build a product for the community space, so he initially created the Substack newsletter to immerse himself in the community world. In the early days, the newsletter contained a few interesting tweets, events, open jobs, and blog posts.

Over the course of three or four months, it grew to hundreds of subscribers, and over time evolved into a more substantial, intentional community. It was rebranded as The Community Club and has been an important part of Commsor’s growth.

Mac shares why he started a product company with community first, how the company logo was spawned from a community joke, and other lessons along the way.

Mac: I figured the best way to test a new community product was to have a community of my own. I started with a simple newsletter around the topic of community building and bringing community together. I was also trying to give myself a community to be a part of. I'm the type of person, who instead of buying someone else's product, I’ll just make it myself. So I really started The Community Club to scratch my own itch, and it evolved from there.

In the early days of the Commsor, there was no product to sell, and The Community Club was a big part of our product research phase. It informed the entire product we have today. All of the concepts today can be traced back in some way, shape, or form to The Community Club. Even the Commsaur — our company’s dinosaur logo, mascot, and NFT project — originally came from a misspelling of the company name in the community and it evolved from there. Whether it was features in the product, or when Commsor acquired Meetsy, or when we hired the key people that are part of the team now, so much of Commsor started in The Community Club.

A lot of those benefits came from just talking to people directly and asking, “Hey, I'm working on this thing, what do you think?” We were very open with the community and used it as a test bed for a couple of failed products, and then eventually what has now become our core product. It was a casual approach.

The benefits of a semi-intentional approach

Mac: I wish I could be like, “Oh, this is a totally intentional strategy. I’m going to start the community, use that to build the product, and we'll go from there.” But It was one of those things where it just happened organically as part of a whole process. Obviously, a lot of what we do now at Commsor is significantly more intentional, but back then, it was casual.

I think that casual approach actually worked out to our advantage early on. Often, when companies launch a community, they go for a super branded and polished space. Especially if you're an early stage start-up, just open a space and start bringing people together. Start chatting with them. You have to put some thought behind why the community exists, but you don't necessarily need to have a whole content and engagement plan yet.

I think there's a spectrum for starting communities. For early-stage start-ups launching a community, there's one end of the spectrum where you open a Slack and throw people in there hoping something happens. And then there's the other end of the spectrum where you hire a Director of Community, build a whole plan, and build a branded space. I think most start-ups will be more successful somewhere in the middle. I used to see most companies go to one or the other extreme, but now more and more people are taking what I would call a semi-intentional approach.

I think historically customers would find a product that interested them, then maybe they joined the community. Our approach has been to get people to join the community and then consider the product. I'll get on a sales call with someone, and they'll spend 15 minutes on a 30 minute sales call sharing how they’ve been a member of The Community Club for 12 months. They’ll say, “I love what you guys have done. You helped me get my job,” or “I did your mentorship program,” or “I love that last event you did.”

Leading with community really builds an authentic relationship with people in a way that a lot of typical customer facing functions at companies can't. I don't think leading with community is as easy to do, especially for an early stage start-up, when you make it a brand community versus a Community of Practice. I think half of our community’s voice today is what Commsor put into it, and half of it is what the community put into it. I think we’ve successfully merged them together. That merging of voices is what makes a successful Community-Led brand. When you’re only building a brand around a product or company focused community typically it’s hard to merge the voice of the community members, because the brand’s voice is more heavy handed in the community.

Mac: Early on, when we launched the community, we had this thesis that people wanted to have resources and guides, and they wanted more structured content. Pretty quickly we saw that what people actually wanted out of the community was a team of peers.

It’s common for Community Managers to be teams of one. That's changing as the industry grows, but still common. Early on with The Community Club, when we only had 300 or 400 members, someone said something like, “this community feels like the team that I don't have at my job.”

That's what most people wanted out of the community. The core value for them was having people to talk to that actually get what they’re doing. It seems so obvious in hindsight, but, at the time it wasn't. I've used the analogy that building a community, especially Community of Practice is like herding sheep. You can't tell them to go from A to B, you have to vaguely shape the direction you want them to go in. They're really going to go their own direction; you can only help guide it. I think that's what we did a good job of. We just created a space where the community could find its own voice.

Mac: I think community is one of the hardest disciplines to give prescriptive advice for. It always depends on what works for your own community members, but in general I think Communities of Practice are easier to build than Communities of Product. There’s just a broader range of topics that many people might be interested in. It also makes it easier to build for longevity. If we just had a Commsor Product Community, we can talk about Commsor, we can talk about product features, press releases, bugs, feature requests, and that’s basically it. With a Community of Practice, there are so many more things to talk about, and it’s much easier to drive engagement with this broader scope.

One size doesn’t fit all

Mac: If you want to be a good community member, take a minute to read and observe before you jump headfirst into participating. Find a way to get to know the community a bit and find the right way to get involved. People do this naturally, and it’s one of the many reasons why community engagement is a hard thing to measure right. Just because a person is in a community and they’re not engaging in terms of trackable interactions, doesn’t necessarily mean they’re not getting value out of it.

As a member, make sure you know what you want out of the community. For example, with The Community Club, we have a mentorship program, we have a Slack space, we do amazing events, we have a newsletter, and so on. Maybe the right way for you to participate in our community is to consume our newsletter every week. That's great! And this goes both ways. Companies should understand that members need to find what's the right way for themselves to engage in the community. Sometimes companies try to build a one size fits all model, and forget that one of the cool things about joining a community is that you get to explore and decide and even create what you want.

If you like the tone and the voice of a community, but it doesn’t have what you want from a participation perspective, then you can be part of creating it. You don't necessarily need to wait for the Head of Community or a Community Manager to do it for you. I think we're seeing a lot of people do it because, once again, they see there's more benefits in doing a community that way. Community Managers, companies and members themselves need to be comfortable that having many different ways to participate and levels of engagement is a positive thing.

Want to build your own Community of Practice?

Our Strategic Consulting Services team is here to help! Whether you're building from the ground up or need help scaling or building your dream Community team, our experts can guide you through the process. Find out more about our services. 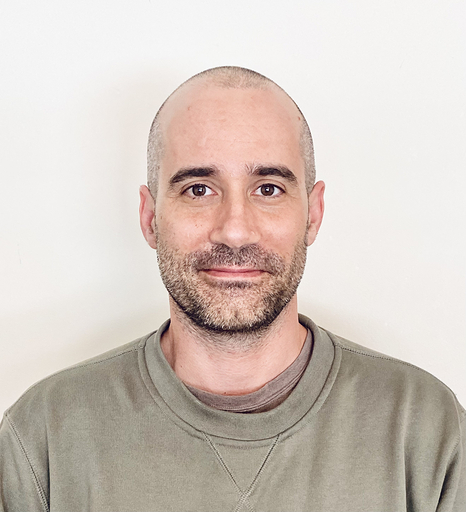