If you attract enough members to your community, problems will eventually arise. And a big reason that good communities decay is that they don’t treat these problems seriously enough. A spam message here, an inappropriate comment there — next thing you know, members start spending their time elsewhere.

Compounding this is that new communities are inherently more exciting. The natural reduction of interest that turns good communities into just OK ones means that the same folks bounce around from one to the next to the next. This group of people still wants to be part of a community. They’ve just lost interest in your community.

I run a community of 11,000 content marketers at Superpath, and we’ve experienced a host of problems that have threatened the group's health. I won’t pretend we’ve solved this 100%, but I believe we’ve done a good job addressing them. Three main issues have come with growth that we’re now experts in identifying and handling.

This is the most obvious one — if you attract enough people, you’ll also attract spammers. In our case, it’s people who want to build backlinks, share referral codes, and promote their products. We run our community on Slack, which means we have few moderation tools. Now and then, a new person sneaks through our application process and sends spam DMs to hundreds of people before we catch wind of it and ban them. We regularly have people post the same promotional junk in every single channel. This is mostly an annoyance, not an existential threat, but it has to be tightly managed because it dilutes the community experience and goes against our guidelines.

How we handle spam

We have a ‘one strike, and you’re out’ policy. All new members must read our community guidelines before submitting their application. We also send our guidelines to accepted members via email and a Slack DM. If you spam the community, you skipped all three chances to read the guidelines, which clearly explains that we boot spammers. If you spam the group, you’re out.

Additionally, we ask the community to report spam and help us out. This is great because it not only helps us catch spammers, it also reminds members that we really care. If someone reports a spammer, we respond to thank them and again to let them know when the issue is dealt with. This makes people feel invested in the group's health, which is key to retaining engagement as a community grows.

We’ll also share this kind of thing publicly. We won't name names, but we do let folks know that a spammer has been booted. This kind of thing gets celebrated and reminds everyone that we take spam seriously.

I vividly remember the first time someone made a sexist comment in our community. I was personally mortified and embarrassed. The community that I was pouring so much energy into keeping warm, inviting, and inclusive was marred by a vile comment from a disgruntled member.

I acted swiftly. I banned the member, updated our community guidelines, and then posted an announcement explaining exactly what happened and how it was handled. I apologized profusely. Later, I received emails from the banned member who was angry at my response. I was rattled but knew I’d done the right thing.

Explicitly racist, sexist, ageist, and hateful comments don’t come up often. We now have a policy to deal with it, but we hardly ever need to use it.

This was a much more difficult situation to address. We can’t force people to engage — though we work hard to make people want to — so we leaned into a tactic that we used heavily early on.

How we handle abuse and hate speech

As I mentioned, we have guidelines and policies but also lead by example. I’ve found this is the single most important strategy to prevent abuse and biases. In the second example outlined above, our internal team made a concerted effort to make sure all posts had helpful comments, whether we posted them ourselves or found others to reply. When the admins are helpful, inclusive, and equitable, others follow suit.

Imagine a social media post where the most outrageous comments are surfaced because they get the most engagement. It encourages other people also to leave outrageous comments, which leads to abuse, negativity, anger, cynicism, clickbait, and other junk that has made places like Facebook and Twitter far less enjoyable to spend time.

We use Slack, which has no algorithmic feed. (This is one of the only limitations that’s actually helpful!)  Only we, the admins, get to curate and amplify content. This means that if we model inclusive behavior, others tend to follow, and this has been part of internal strategy and culture since day one. I made an effort to be inclusive when we had 10 members. I really believe that those early days shaped the culture of the group. People see kindness and encouragement when they join, and they largely mirror that behavior. Inclusivity scales.

So, when we noticed the trend of higher engagement on male members’ posts, we re-upped our efforts to lead by example. As the group has grown, it’s harder for us to personally respond to every post, but we kicked into gear for a few weeks to correct this imbalance. I’m happy to report that we’re seeing a change. It’s hard to measure inclusivity but we can judge vibes by gut feel—and the group vibes are feeling much better today than they were a few weeks back.

COVID-19 kickstarted a small revolution, and communities are on the rise. The average person became interested in online communities in an acute way. Nice-to-have things like virtual networking quickly became must-have opportunities for many tech workers.

A lot of people, myself included, responded to this by creating communities. We use Slack at Superpath, but a host of great tools have emerged for running and managing communities. The demand is there and, increasingly, so is the tech needed to power communities.

This is all wonderful, except that many professional communities are sort of the same. But you need more, because there’s always going to be another group promising something newer and sexier than you have. Sometimes that thing may actually be that it’s smaller — a tighter knit group is an exclusive club that is very attractive to new members. Other times, it may be bigger names for AMAs or office hours. Some may promise free versions of things that you currently charge for. You have to keep innovating to prevent folks from tuning out.

It’s impossible to offer a one-size-fits-all solution to bored community members, but I’ll offer a few things we’ve come up with that have worked well.

How we handle boredom

First and foremost, we try to nail the fundamentals. We do our very best to maintain a community full of professionals interested in learning and helping one another. We can never, ever lose that. Beyond that, we’ve tried all kinds of things to increase or retain memberships. Here are just a few.

An influx of members may have created these or other challenges in your community. Either way, take them seriously. I see a lot of community admins, for example, hesitate to be harsh with spammers. One little spam message might not feel like a threat to your community, but ignore it and you’ll find yourself on a slippery slope.

These are good problems in that they are spurred by growth. You’d rather deal with these than not, but they are real problems and they’ve sunk plenty of promising communities. Identify the risks to your own community and act swiftly. Your members will notice, and you’ll protect the community you’ve worked so hard to build. 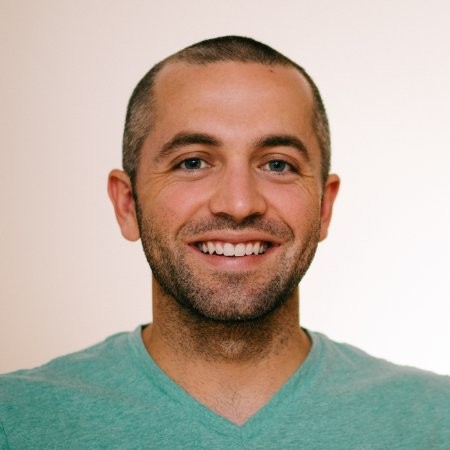 7 min-read
'I Run a 10,000-Member Community on Slack — Here's a Candid Look at the Pros and Cons of the Platform'
news-thumbnail
Community